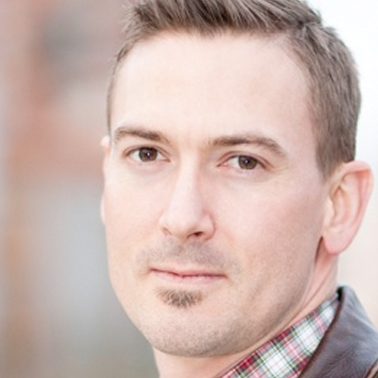 I know that you started out in theater as an actor. How has that background influenced your playwriting?

I think it’s really important. It helps me to fully justify the motivations of the characters. I need to do the acting homework first, to find out what the characters want. Then I just leave the “bread crumbs” for the actors to find their way through it. My working from the standpoint of “character first” really helps me to round out the things the characters say and do. If anything rings false, I know it won’t play. My work as an actor helps to pull the whole piece together in that way. It verifies for me the way the characters speak and the things they will and won’t say. This gives the play the engine for tension. The question I ask is, “if I put these people in this situation, how will they act?” If I have two people in a room and they have nothing to talk about, it won’t work. You need that tension–the “spark” for why they are speaking to each other.

You can, in the theater, tell a story, but what is really important is the emotional arc. In this [The Other Place], the story is fractured, and that is deliberate to emphasize the fractured nature of Juliana’s psyche. Later in the play, I needed to give the audience something that feels familiar to them, so that even if they don’t know where they are yet, they get a chance to “catch their breath.”

Speaking of Juliana, she is an amazing character. It’s particularly fascinating that you were able to create such an interesting three-dimensional female character as a male playwright. Did you have influences for her?

I have four sisters, so there is that influence. I think women are more complicated. Their experiences in society are more complicated because of all the “baggage” that goes along with being a woman. Just think about the use of the word “bitch,” for instance. There really is no male equivalent for that. Women can’t be both tough and likable. There are people who have said that Juliana is not a likable character–but really she’s a tough character that we love to watch.

Additionally, what I set out to write was a play about this incredibly intelligent individual–I have a lot of really intelligent people in my life–and I have discovered that they seem to share something in common: The idea that nothing bad can ever really happen to them because they can “think” their way out of it. So, I wanted to have Juliana have something happen to her that she couldn’t reason or think her way around. She couldn’t solve the problem herself, or even understand it fully. The idea was that just because you know what is happening to your body, it doesn’t mean that now it won’t happen anymore.

For me, there is something very Greek about her story. It sort of like Oedipus at Colonus. [Juliana] is like the reigning “king” who gets stripped to the barest essence. For me, that’s very Greek.

You’ve called Juliana the protagonist and antagonist of the piece. Could you explain what you mean by that?

She does play a “double role,” which makes the execution of it difficult. She is the one leading us through the story. And she is, at points, really the aggressor. For Julianna, putting people off guard is her defense. The other characters become really critical because she isn’t able to feel empathy for herself. She doesn’t know what she is going through. Ian is the one who shows us the love for her; the love that she can’t show for herself.

There is also a wonderful, interesting structure to the piece.

It was really tough to figure that out. I had a rough time with the structure. What I wanted was for the structure to echo the theme. The structure had to say something about the play itself. It had to set the tone for the play. So, the opening is fast intercutting. What saved me was the feeling of the classic three-act play: Rapid intercutting followed by naturalism and a pastoral feeling, and a coda, which echoes the disorientation of the first part of the play. I found that people needed that naturalism. I wanted to give them fifteen minutes where they knew where they were and to gather strength for what’s coming next.

Your play The Snow Geese is set to open on Broadway soon. It’s a very different play than The Other Place. Care to share with us some of your working methods?

It is a very different play. In The Other Place, it is very rigidly [Julianna’s] perspective. In The Snow Geese, I started with the time period first – right after the First World War. I wanted something to mirror where we are now. I try to get the world smaller and smaller.

I get ideas all the time, from articles I read, or a character I think about or a real person. Sometimes my thinking is more about the world in general. I’m always looking under rocks for things, just to see if there is a play there. I clip articles and other things that interest me. I have a big “folder of ideas.” I’m always adjusting the line-up in my head. I work on one thing while I’m mulling over ideas for other things.