November 17 - December 29, 2013 Enter ancient Persia, and be transformed by the power of storytelling.

Enter ancient Persia, and be transformed by the power of storytelling. The Nora Theatre Company and Underground Railway Theater revive their award-winning production (2012 Independent Reviewers of New England Awards for Best Ensemble, Best Puppetry, Best Costumes, and Best Director) of Dominic Cooke’s Arabian Nights. Based on One Thousand and One Nights, a collection of folk tales from the Middle East and Asia, Arabian Nights is rich with suspense, romance and hilarity – stories irresistible for all ages, At its heart is the power of the imagination to heal, inspire, and transform.

Arabian Nights is not part of any subscription package. 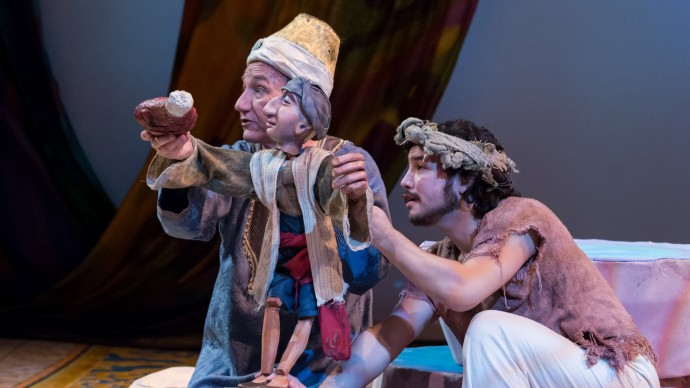 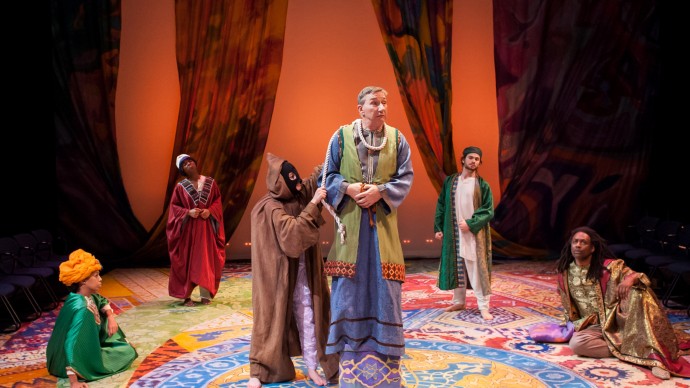 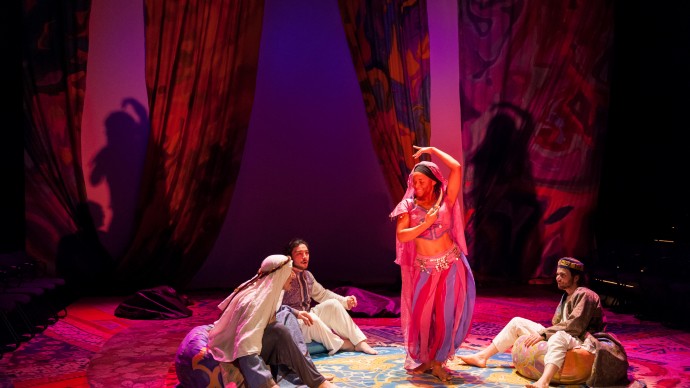 “This irresistible production of Arabian Nights transports us to another world that reminds us of the power of storytelling, not only to take us outside of ourselves, but to recognize our common humanity.”

“A benchmark co-production and a likely Hub winter tradition.”

2 hours and 30 minutes with an intermission.